Benefits Of Hiring A Guide

While guided anglers generally catch larger fish (and more of them) than non-guided anglers, the biggest difference will be what you learn, not what you catch. For those who desire to learn as much as possible about holding water, casting techniques, fish behavior and hatches, we definitely recommend hiring a guide, if only for a day.

Park City Fly Fishing Guides is owned and operated by longtime Provo River guides, Erik Hufnagle and Layne Edwards. Throughout their tenure, they have established themselves as two of the finest guides in the area. Energetic and hardworking, they maintain a vast network of return guests.

As their business continues to grow and the fishing season progresses it may become necessary for them to call upon a number of excellent and independant guides to help them mange the volume of their guided trips. While they may or may not be listed here and only work a handful of days, Layne and Huf have complete confidence in their abilities to provide a positive and productive experience for you on the river.

Layne – or Lany’e as most people know him – has lived in the Park City area for just over a decade. Having found fly fishing later in life, he appreciates and values the work and effort it takes to become truly excellent at something you love. He readily accepts that fly fishing is one of the few healthy obsessions in his life, and he lives and dies for good days on the river. His attributes and talents include a gentle demeanor, patience, clear instruction and a knack for holding clients accountable for the things they’re learning throughout the day. Layne has a deep appreciation for the natural world and believes that only through experiencing it first hand will people have a desire to preserve it deep into the future. If Layne isn’t fishing with you, he’s most likely somewhere on a river with his three dogs - Domino, Che’ and Remy.

Blaine’s love for fishing and the outdoors started at a young age. Growing up along Utah’s Wasatch front, he spent time with his family fishing waters all over the west. While completing his degree from Weber State University Blaine began volunteering as a fly fishing guide for Reel Recovery. It is through this volunteer work that Blaine developed a knack for helping people enjoy themselves on the water. Motivated by the desire to share his love of fly fishing, Blaine continues to work hard and gather any information available to help guests maximize their time on the river. During his free time you can find Blaine exploring the Uinta Mountains and fishing local waters with friends

Chris's love for fly fishing was ignited by his grandfather at the age of two! Growing up in Southern California, surfing and fishing were his obsessions. He couldn't stay away from the water. In 2007, Chris visited Park City and was immediately drawn to the area's mountains and streams. So, in 2009 he relocated his growing family to Park City and shortly thereafter became a fly fishing guide. He knew that teaching and giving other people knowledge about fly fishing was something he wanted to do. In his spare time you can find him stripping streamers or delivering dry flies to hungry trout. He also lives for spending time in the outdoors with his two daughters and son.

Erik has been an international, fly fishing guide for 25 years. Born in Boston, Erik developed a love of the outdoors at a young age. Under the mentorship of North East greats, Jon Stewart, Farrow Allen, Jon Howe, and Janet & Bill Thompson, he put his time in at the shop and eventually began guiding. In 1999, his wanderlust led him to an opportunity to guide on the Futale Fu in Chile for three seasons, under the tutelage of legend Jim Repine. Erik moved to Park City, Utah in 2001 to fulfill his dream of guiding and living out west. For the past 15 years Erik has called Park City home and guides in both Utah and Wyoming. When not on the river, you can find Erik hiking or cross country skiing with his golden retriever Hazel and his bernese mountain dog Diesel.  He and his wife Brooke also enjoy camping in and around Park City.

Jake's passion for fishing started in Utah's High Uinta Wilderness. Spending his free time fishing these small high mountain streams helped Jake develop a truly unique and diverse set of angling skills. However, it was when a friend took him fly fishing in Idaho that he knew he had found his ultimate and lifelong pursuit. These days, you can find him in many western states chasing a variety of species including trout, tiger muskie, and bass. He loves the sport and the places it takes him. Jake is truly one of the "fishiest" dudes we know. He works hard to get guests into fish and is a patient and thorough instructor. You will not only have fun with Jake, but you'll come away from you experience having learned a lot along the way. 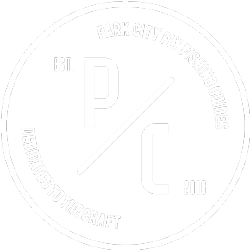